When we talk about systems, there is often confusion between human and non-human systems. Too often when we think about systems, we immediately envisage computers, forms and box-ticking.  Human systems are based upon best practice developed out of human experience.  Human systems may involve the use of all kinds of different practices, routines and habits, as well as computerisation, including artificial intelligence (AI), but all these devices must be used in support of well-designed human system. It is not uncommon to find that large organizations seek to dehumanise their systems in the belief that this will reduce the cost of labour, often in the process getting their people to think like machines rather than think for themselves.

What is a human system?

A human system is a set of interacting and interdependent practices, procedures and habits that work together with the aim of achieving specified outcomes.  A complete system is one that includes all the practices necessary to achieve the overall objective of the system. Partially implementing a system usually results in the system failing to achieve its objectives; systems must be implemented in their entirety.

Co-ops will not succeed if they omit vital practices from critical systems. In many co-ops, their leaders often fail to invest in developing their people. Sometimes, there is a vacuum where essential practices have been dropped from a system, with the result that some of the vital foundations of co-ops have been eroded or are no longer present. A stark example of this kind of failure is where the practice of ‘only using finance from benign sources’ has been disregarded, and instead, finance has been obtained using international capital markets, with ruinous consequences.

As the world changes, many organizations including co-ops, are becoming more complex. In many cases, they are using systems that do not take account of the changes taking place around them. Frequently, there is a mismatch between the practices used in the enterprise and those essential to achieving its purpose. Co-ops often adopt practices simply because these are the norm in commercial businesses, disregarding the fact that many such practices are clearly not appropriate for use in co-ops. The alternative to using appropriate and rational systems is to allow them to operate without clear direction or boundaries, with those running them making up how they run them as they go along.

To watch this 16 minute video now or see later 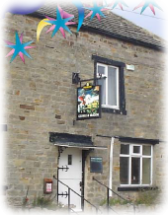 Community pubs
Video link
Back to Welcome page   Go to: Previous page
Go to: Next page
Updated: April 2021 © Edgar Parnell 2021
Back to content