Throughout life everyone has choices to make, he or she can accept their unfortunate lives, or they can seek to change whatever is preventing them from getting what they want out of life. People begin to take control of their lives whenever they identify what they need to change, and then find ways of achieving such change. Self-help calls for self-belief, self-discipline and self-control, but it’s never the easy choice, which is to wait for someone else to do something. Any decision to do nothing usually means remaining dependent upon others and their choices. Often, it’s necessary to unlearn helplessness; the process of change can become much easier when individuals join with others to take mutual action.

A crucial step towards properly understanding co-ops is to acknowledge that the self-help mindset should drive them. Where leaders forget about the necessity of supporting the self-help mindset their enterprises are imperilled. Co-ops are the product of peoples’ desire to improve their lives, to secure a better future for themselves, their families and their communities. When people want to achieve major improvements in their lives, self-help and mutual action is often the only realistic way of bringing about improvements in the daily lives of people that don’t own and control substantial resources. Co-ops are founded when people decide to take greater control over their lives and to stop letting others take the most significant decisions about their lives.

Positive change only comes about when people realise that the fight against poverty and gross inequality cannot be won until its underlying causes are confronted. Chief among these causes is the passive acceptance of dependency. People become dependent upon those who exploit their weaknesses, and fuel their addictions, ranging from drugs, alcohol, gambling, consumer goods (whether for the latest fashion or gadget), or the debts they incur when borrowing money to feed their addictions. The self-help mindset converts into action when people reject dependency, and instead decide to work together with others to rid themselves of their reliance upon those people and organizations that are taking advantage of them.

In co-ops where the self-help mindset does not exist, or its leaders have become complacent and content with the status quo, the enterprise will soon degenerate into one that does not truly serve its members and that fails to achieve its purpose. If the people running a co-op are not committed to sustaining the self-help mindset within their enterprise and are failing to pursue a change agenda that will benefit all members, then the enterprise will inevitably become nothing more than a neo-commercial business run for the benefit of a select few. 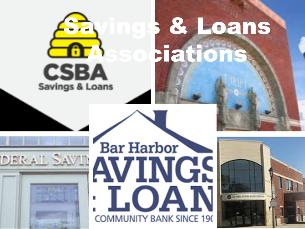