×
Go to content
×
Why organizations do not work as they should?
So many of our organizations do not work as they should.  The failure of organizations to deliver on their purpose is endemic throughout all manner of organizations.  Examples include: governments that are run for the benefit of a political class and do not deliver what citizens need; charities that serve to enhance the egos of those running them rather than serving their intended beneficiaries; trade unions that support the political ambitions of their leaders rather than enhancing the value of the labour and knowledge of their members; cooperatives, building societies and the like, that provide more benefit to those running these enterprises than they do to the members that own them; and political parties where the wishes of major donors are more important than those expressed by individual members.
Many don’t grasp the true purpose of their organization
It is not surprising that so many organizations do not work properly when we know that lots of people involved do not know the precise purpose of their organization nor its true function.  Often simultaneously, neither do their organizations have the human systems in place to ensure that their organizations achieve their purpose. Among the systems most often absent in organizations is the provision of an adequate system of oversight to ensure that organizations do focus on achieving their true purpose, and stick to carrying out their real function.  Although most organizations, other than the very smallest, are subject to financial oversight (audit). Even so, wherever there is a conflict of interest, which arises when the big auditing firms undertake high-cost consultancy contracts commissioned by the same people who are subject to an audit conducted by the same audit company.

There are always predators, both within and without an organization, who will seize any opportunity to take control away from the membership.  Humans can be very adept at concealing their weaknesses, including their addictions, so systematically checking on how people are behaving within our organizations is vital.  Without adequate legislation and effective oversight, most organizations will predictably default to a position where they prioritise the interests of those running them day-to-day.  In other cases, co-ops transform to being run in the interest of those who provide their finance.  In either case, whenever this kind of change happens, the outcome is that the interests of their true owners are side-lined. Those who have in effect ‘stolen’ the enterprise from its rightful owners inevitably also resort to exploiting their disenfranchised members.  This kind of scenario can happen in all manner of organization, including investor-owned companies, cause-driven enterprises, as well as in co-ops.

Co-ops are open to many of the same hazards that can endanger all forms of organization but, in addition, they face some very particular risks.  Members, and above all their leaders, ought to fully appreciate the specific hazards facing this form of enterprise and learn how these risks can be managed. Among such threats are those arising from the fact that co-ops need to be democratically controlled. Where members are not engaged with their enterprise and are neither properly informed nor empowered, their enterprise is wide-open to both internal and external hijack, often resulting in a de facto change of ownership.

It is important to understand that many enterprises bearing names that imply that they are genuine co-ops are not authentic.  In some countries, businesses can get away with calling themselves names that imply they are self-help enterprises (for example – ‘cooperatives' or ‘building societies') when they are not by any stretch of the imagination bona-fide co-ops. Enterprises that started as genuine co-ops have often mutated into a form of enterprise that primarily serves the interests of those that control them on a day-to-day basis.  Members of mutant enterprises need to re-establish member-control over their enterprises.  The first step in this process is for members to gain a clear understanding of the self-help enterprise model.  In some countries, changes in the law are also required to ensure that co-ops remain authentically member-controlled and are truly operating for the benefit of their members.

To learn more about: Understanding Organizations

Time for a new approach 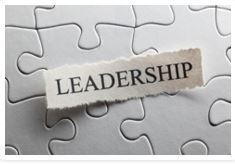 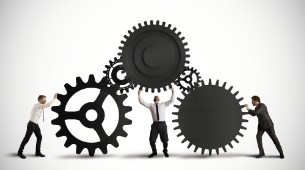 The foundations of organizations
Video Understanding Organizations
Back to Welcome page  Go to: Previous page
Go to: Next page
Updated: April 2021 © Edgar Parnell 2021
Back to content